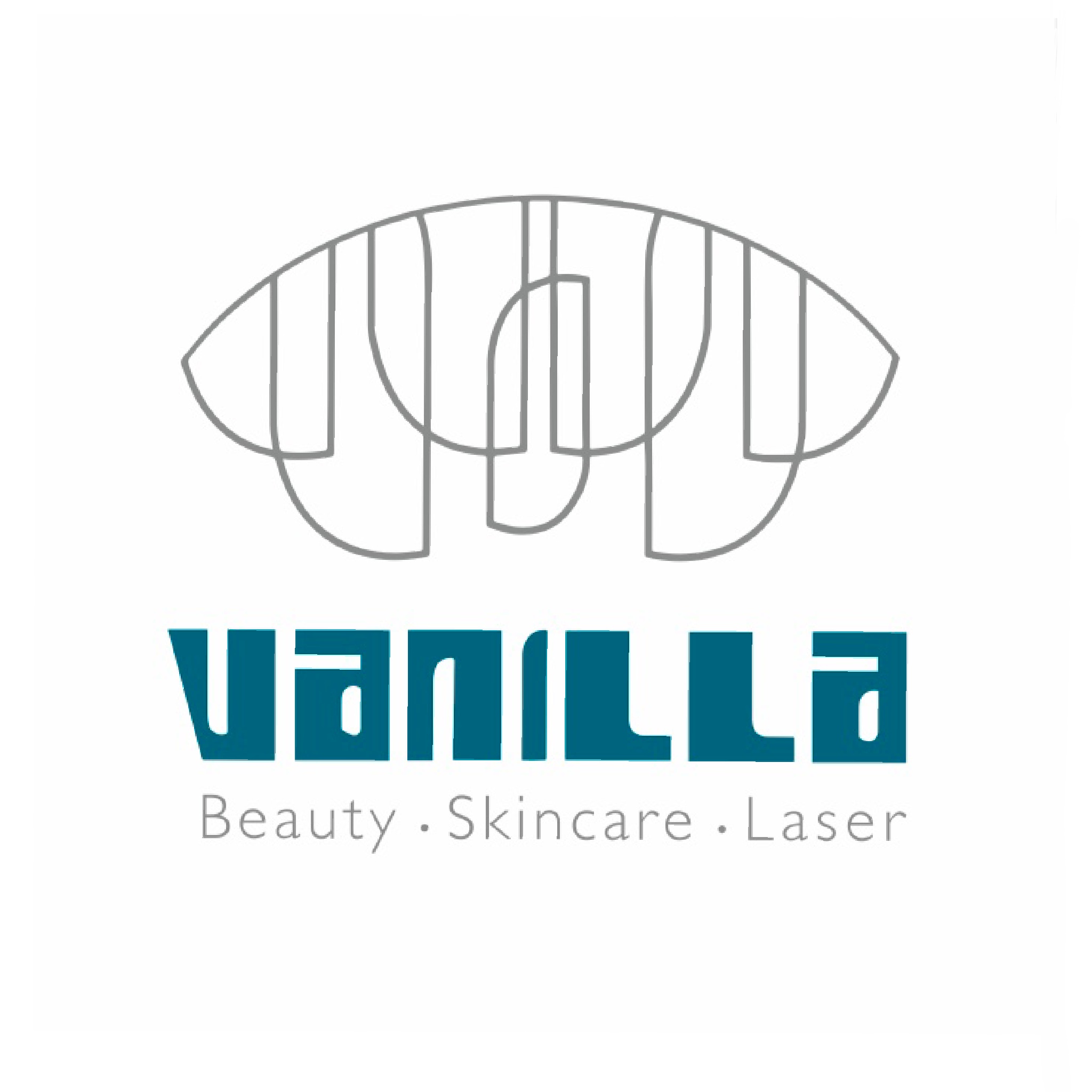 As an introduction to this service, we are delighted to invite our clients to have a COMPLIMENTARY CONSULTATION. Skin Tags, Age Spots, Milia and Facial Thread Veins are just some of the skin conditions that can be quickly and easily treated with immediate results offering eventual blemish free skin. This treatment is suitable for men and woman on both the face and body.

What to Expect in ACP?

The tip of a fine, small probe (about the size of an eyelash) is introduced along the area to be treated and a tiny energy current is discharged. This dries up and destroys the condition which often disappears as it is being treated. Further treatments may be necessary however depending on the severity of the problem. The treatment itself is a little uncomfortable but easily tolerated. There are minimal after effects, with a little tightness and scabbing to be expected. See below for types of conditions that can be helped;

A Greek word meaning ‘end vessel dilation’. These are not ‘broken capillaries’ as so often named,  but permanently dilated capillaries. The thin, singular cell wall structure of the fine facial capillaries dilate and constrict constantly in order to control the body temperature and their elasticity weakens and they can become permanently dilated. Their visibility is often exacerbated by the breakdown of the skin’s supporting network of collagen and elastin and ageing, thinning skin.

A course of advanced electrolysis is often advised for telangiectasia so that treatments can be spaced out to prevent skin damage or hyper-pigmentation. Both Thermolysis and blend methods can be utilised, but the latter is only taught by a few specialists in this field. Diathermy is more commonly used, which involves a very accurate positioning of the probe over the blood vessel and a gentle tap that applies current to the skin’s surface. This causes that tiny section of vessel to immediately disappear. Treatment sessions are usually for example 15 minutes per cheek.

Although not considered a cause of telangiectasia, rosacea (and the medication for it) may be a related factor, with the two conditions often presenting simultaneously. Reducing the appearance of the blood vessels using electrolysis may initially trigger a rosacea attack. However this is relatively rare and only a temporary consequence of the long-term positive results.

Named after Campbell Grieg De Morgan (1811-1876) a British surgeon who was the first to note them, in medical literature these vascular blemishes are also known as Cherry Angioma or Blood Spots. They present themselves as slightly raised or dome shaped and are of unknown origin. They are mostly seen on the trunk in middle aged and elderly clients and are even more common in men than women. They are treated with Diathermy only. Larger ones (50p size+) will need more than one treatment. Smaller ones often disappear at time of treatment.

Spider Naevus a central dilated blood vessel, with smaller capillaries radiating from it like the legs of a spider can be individual isolated blemishes or can be multiple in areas such as the cheeks or chest area. They can, if apparent in isolation, be a result of a trauma to the skin, for example…. a child following a minor mishap such as bumping into an object, can develop a spider naevus in the traumatised area. Certain conditions can make them worse including extreme heat and cold, obesity, pregnancy, stress or pressure on the area. Several spider naevus appearing spontaneously is a cause for concern as it might indicate liver disease. They can be treated with Blend or Diathermy methods although they can be quite resilient and more than one treatment may be necessary.

Skin Tags are a common fibrous skin condition commonly found in areas of friction such as the armpits, under the breasts, groin or around the neck where necklaces or collars may irritate. Derived from epithelial cells and consisting of loose fibrous tissue they form single or multiple distributions and are often hyper-pigmented making them more obvious. They often present with a neck like a mushroom and vary in size from a tiny speck, smaller than a grain of uncooked rice, to the size of a large pea or larger. They are viral in nature (Human Papilloma Virus HPV) and whilst not infectious they can proliferate on individuals with some people suffering from hundreds of them.

There are three different methods of skin tag removal for different types of tags and location:

Lying very superficially under the epidermis milia present themselves as small white lipid-epithelium plugs which contain lamellated keratin deposits and often show as hard, solid lumps lying in the superficial papillary dermis. They are a retention of keratin and sebaceous material within the pilosebaceous duct, eccrine sweat duct, or the sebaceous collar surrounding vellus hair. Their exact cause is unknown although they are often related to diet with a high cholesterol count, excessive Vitamin C, too rich moisturising cream and are also associated with dry skin which can be acidic.

They can all be treated easily with advanced electrolysis techniques using diathermy (AC) which gently dries them up so that the hard keratinised centre is broken down and this will then be absorbed by the skin following treatment. This is a much gentler way to treat them, as opposed to removing them with a microlance, which can damage the skin. Milia can appear between the eyelashes, on the eyelid itself, the cheek area or anywhere on the face or neck where dry skin is present. They tend to grow in size, become harder (as the contents keratinize) and then become noticeable to the eye and cosmetically unattractive. Some people may only suffer one and others exhibit a proliferation of up to 40 – 60 of them at any one time.

There are various types of warts, including flat (plane) raised (common) and verrucas (plantar – on the feet). They are benign epidermal tumours which are contagious (human papilloma virus) and all can be treated. Warts can develop individually or in clusters and can spontaneously disappear.  Plane or flat warts occur mostly on the face, backs of hands and wrists. Hygiene must be of the highest importance to avoid cross infection and if not treated they may spread. Treatment is performed using diathermy.

Seborrhoeic Keratosis classified within the wart family but these differ in the fact that they are not contagious. They present as raised and appear frequently as several lesions on covered body sites and are also quite common on the face in older people. They are usually brown because of melanin and so can be mistaken for moles to the untrained eye. The dry, scaly, crusty appearance often with a cleft surface and a superficial ‘stuck on’ appearance are helpful identification points. They can be tiny or large even up to two inches across and can be removed with diathermy (AC) simply and effectively.

Dermatosis Papulosa Nigra is peculiar to black skin and is a common papular disorder which develops in adolescence. The lesions are histologically identical to seborrhoea keratosis and present as smooth, dome shaped, brown to black papules seen mainly on the cheeks, neck and upper chest. These are generally a very common disorder and the famous actor Morgan Freeman has many of these on his face. They are very easily and successfully treated using diathermy and advanced electrolysis techniques.

Hairs from moles are easily treated by those trained in advanced electrolysis techniques. Once treatment is started it is normal for the mole to reduce in size and colour. Hairs in moles are generally deep terminal hairs with a very rich blood and nerve supply to them. Repeat treatments, as with hair removal electrolysis are required. Drs letter required.

Age Spots are caused by an accumulation of a yellow pigment called lipofuscin from ageing of the collagen producing cells. They are very common on the hands and face of middle aged and elderly patients and are usually despised by them as they are so recognisably a sign of increasing age. Chemical peels and skin whitening products are commonly used for treatment but electrolysis is also very effective. Using a very fine electrolysis needle and diathermy (AC) current a tiny section of the age spot is lifted from the underlying tissue and the colour underneath is observed. If the tiny area exposed is lighter in colour removal can go ahead with varying degrees of success. If the pigment underneath the tiny section lifted is the same colour as the age spot itself the pigment goes deep into the dermis and treatment will not be successful.

Xanthomas are deposits of fatty material under the skin and range in size from 6mm to more than 7cm diameter. They are associated with a symptom of metabolic disorders such as diabetes or high cholesterol.

Xanthelasma Palpebera is the common type which appears on the eyelids and presents itself as flat yellowish growths on the eyelid close to the nose. Resembling a butter bean and causing no pain they are successfully treated using Diathermy. They reduce in size and appearance although the milky yellowy colour remains and more than one treatment is often required over a period of time.

Spread the love
We use cookies to ensure that we give you the best experience on our website. If you continue to use this site we will assume that you are happy with it.Accept Reject
Privacy Settings

This website uses cookies to improve your experience while you navigate through the website. Out of these, the cookies that are categorized as necessary are stored on your browser as they are essential for the working of basic functionalities of the website. We also use third-party cookies that help us analyze and understand how you use this website. These cookies will be stored in your browser only with your consent. You also have the option to opt-out of these cookies. But opting out of some of these cookies may affect your browsing experience.
Necessary Always Enabled
Necessary cookies are absolutely essential for the website to function properly. This category only includes cookies that ensures basic functionalities and security features of the website. These cookies do not store any personal information.
Non-necessary
Any cookies that may not be particularly necessary for the website to function and is used specifically to collect user personal data via analytics, ads, other embedded contents are termed as non-necessary cookies. It is mandatory to procure user consent prior to running these cookies on your website.
SAVE & ACCEPT